Why Nokia Lumia 520 Is Better Than Other Low-End Smartphones

I recently had to buy a new smartphone because i had lost my old iPhone. This time, i was choosing between Android or Windows Phone device. My budget was around $200, so i had to choose between HTC Desire C, Nokia Lumia 520, Sony Xperia J and Samsung Galaxy Ace Duos. I ended up buying a Nokia Lumia 520, but why i made this choice? You can read more about it below.

Better Than Many Other Low-End Devices

First of all, when selecting a new phone you do comparison. In this price range, you would compare HTC Desire C, Nokia Lumia 520, Sony Xperia J and Samsung Galaxy Ace Duos. First thing that made me choose Lumia 520 was vast color options. Nokia Lumia 520 comes in black, white, cyan, red and yellow. Secondly, Nokia Lumia 520 is the only one with a dual-core processor while the rest have single-core processors. Than there is that, Lumia 520 has 8GB of internal memory while the others have only 4GB or less. Last but not the least is the battery timing. Xperia J does have a bigger battery but Lumia 520 has better talk time. HTC Desire C and Samsung Galaxy Ace Duos have even worse talk times.

Best Of What This Much Money Can Buy

If a penny-pincher would want a smartphone, they would preferably select Nokia Lumia 520 for themselves. The reason being that Nokia Lumia 520 is a well-priced device.  Though, it is a budget smartphone and you should not have the same expectations of high-end Lumia devices. It surely has a rich experience of what the mid-range or high-end, Lumia 720 or Lumia 920 would be like.

In a world of Android and iOS, Nokia has choose Windows Phone as their primary OS. Ever since Nokia Lumia, Windows Phone has shown a steady growth. Nokia Lumia 520 has been a major part of this growth by being the cheapest Windows Phone device. I personally prefer Windows Phone over Android or iOS because of the problems i had to face using them. Some of the common Android or iOS complains are WiFi signals dropping, WiFi not connecting, random freezes or poor battery life.

Many of these issues are not present in Windows Phone. Windows Phone 7.X was the most stable OS i had ever seen. Windows Phone 8 has some stability issues but hopefully will be fixed with GDR2/GDR3 update. Windows Phone also has the well know issue of lesser apps in the Store but most apps that you want, are there. Another reason why i think Windows Phone is better, is it’s clean and to-the-point user interface. Still, we all have different choices such as where i might like a clean UI, some people would prefer the glossy one.

Everyone Wants A Smartphone

A smartphone is only as smart as it’s users.

Nokia Lumia 520 has a good 4.0″ display, a fast processor and like all the other Lumia, is built to last. IMO, it would be the best choice for people buying a smartphone for the first time. Though one of the few things it lacks, is a front-cam and a LED flash. Well, you get what you pay for and besides front-cam and LED flash is not common in low-end devices.

I myself have been using the device for more than a month now. I think it’s a great smartphone for day-to-day use but if you want to play a lots of  heavy games, i would suggest something with at least 1GB RAM. Are you a Nokia Lumia 520 user too? Or do you use any other low-end smartphone? What are you views about your phone? Just let us know in the comments below. 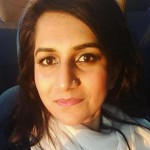 I always was least interested in Technology or technical stuff but somehow ended up in Computer Sciences. Now things are a little different. I myself, have turned into a techno-holic. Though i'm new to blogging but simply love it.

Windows 10 for Phones technical preview is out

Microsoft launches the Lumia 435 and Lumia 532