Judging from the HP Android Tablet render, HP tablet seems to have a metallic body. Power button and the volume buttons are nicely placed on the backside. Speaker grill is placed so that it is never blocked, either you hold the device in landscape or portrait mode. One thing that you certainly can’t miss out is all that free space around the display. HP has not publicly revealed its latest plans for these Android products.

I would say that HP needs to be careful with what they offer because if this is just another budget Android tablet, people might not need it. Budget Android tablet market is already crowded with the likes of Google Nexus 7, Asus MemoPad HD and others. HP should try to focus on high-end Android tablets to gain consumer’s trust. 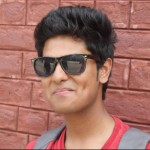 I am doing Computer Science. To provide knowledge about technology is an honor for me. I'm always in search of latest information about new technology & gadgets. I also do freelancing as a web developer.